Vivid City — Get to Know: Beijing

Your media planning-and-buying partner for China

Get to Know: Beijing

With more than 21 million permanent residents, the capital of People’s Republic of China, is the 2nd most populated city in the country. Beijing is a busy tourist and business hub, and a huge advertising opportunity to reach a range of demographics. 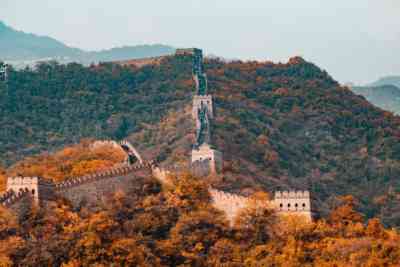 Unlike their counterparts in Shanghai, Guangdong and Hong Kong, Beijingers hold tight to their Eastern traditions, working hard to protect the ancient culture and architectures. From the Forbidden City, The Great Wall to the Temple of Heaven, the architecture surrounding the area is steeped in history and culture.

Off the beaten track, go and visit Hutong, the traditional courtyard residences dating back to Ming Dynasty. A place you can really experience the charming old Beijing lifestyle.

Within Chaoyang District, the most important area is the Beijing CBD. Geographically situated to the east of the city centre, sandwiched between the 2nd Ring Road and the 4th Ring Road, the Beijing CBD has been under high-speed, large-scale development in the last few years.

The Beijing CBD has attracted over 200 Fortune-500 businesses in the financial, media, information technology, consulting and other industries, a number of 5-star hotels and world-class office skyscrapers.

In addition to the dynamic business atmosphere, high-end shopping malls such as the China World Trade Centre, The Place, and Shin Kong Place provide international-style shopping environment, with a variety of imported goods and entertainment facilities.

Sanlitun is an international shopping, restaurant and entertainment precinct in Chaoyang District. It is the most international and bohemian area in the capital. It was originally known as 'bars street' at home and abroad. In 2008, a new "Sanlitun" has been reinvented as a casual, fashionable area combined with high-end consumer shopping, hotels, bars, art galleries and more.

Sanlitun boasts some major attractions, notably the landmarks developed by the Hong Kong Swire Group ("Taikoo" Commercial Street, 3.3 Square, and Nali Patio among others). According to the statistics, Sanlitun's radius of 500 meters attracts more than 60% of Beijing's bar consumers. Currently, it provides the average daily passenger flow of 0.6 to 0.65 million people and the average daily car flow of 0.5 to 0.55 million cars. Sanlitun has been said to have put Beijing on the map on international fashion culture. Fashion trends start in Sanlitun and are all widely followed by the urban white-collar workers, the upper groups of Beijing and also the new generations.

Xi Dan is a major traditional commercial area known throughout Beijing. The history of the commercial street can be traced back to the Ming Dynasty (1368-1644). At that time, it was an essential crossing leading to the downtown area from southwest of the suburban area. Since then, this area has blossomed as a commercial centre in the western part of Beijing. Nowadays, the North Street of the commercial quarter is the most prosperous section, with many shopping malls, department stores, restaurants and entertainment centres scattered around. As it is youth and fashion-themed, the area always attracts numerous young people and millenials.

Some of China's delicious cuisine didn't make it over to the West. Most people outside China would be quite familiar with Beijing roasted duck, but have you heard of these?